Save Politics From Extreme Personalities

How often it happens that we end up consuming information which is of no use to us. This happens to me more often than not when I read news. You might also have consumed this irrelevant info by now: A video of Finland's Prime Minister Sanna Marin got viral where, as per many people, she is participating in a taboo where she is doing evil things like dancing, smiling, enjoying with her friends in a private environment! Such a normal thing to do yet there are people who are criticizing her. It seems like because of technology, especially in free countries, politicians are almost deprived of any private life. I like Yuval Noah Harari's take on this that Politicians should have the right to be dumb private life. Sometimes saying something stupid or doing something stupid is what makes us human. Why deprive a politician of private life? Why deprive him from doing or saying something offensive/stupid behind the doors? Me being an average person lot of funny/dumb things come to my mind which if I put them on internet may offend some people. So in order to protect myself from the discomfort involved in sharing those thoughts with unknown audience I share them with my friends instead. Just realized that I actually have the privilege to write offensive things on my website and still get away with it as I basically scream in void here. But politicians do not have this privilege. Just imagine for a moment that you are a politician relaxing on your sofa and suddenly your daughter comes with her camera on, a completely normal phenomenon, and she asks "Dad why aren't you on twitch?" you being a boomer: "I'm not on twitch because it carters degenerates." Your daughter finds this opinion funny and shares this video with her only one friend who might find it funny too and she is pretty sure that that friend is definitely not going to share that video with anyone else! And boom within hours you find yourself being trending on twitter getting slaughtered by twitch streamers and their simps. You will find yourself being framed as a fascist dictator by opposition and they will demand your resignation! All this will happen just because a completely legal private moment of a politician got leaked in public. It goes without saying that a politician with enough intelligence would never say "Twitch is a pool of degenerates" in a public interview or something. Now you tell me, why care about the obscure opinions of politicians as long as those opinions don't manifests themselves in country policy. Does it even matter if a politician privately thinks that Twitch is for degenerates as long as he doesn't go and ban the website? I believe it does not. As people continue to get obsessed with politics, private life of politicians will continue to reduce. This elimination of private life, the elimination of the right to act dumb privately has and will continue to cause a specific problem. Politics as a result of elimination of private life will only attract some specific personalities to participate in it. Normal human just can't handle this lifestyle where he is watched 24/7. When a politician know people are going to watch him, he acts in a different way than what he would in private. A politician has to think before he speaks. Which is not a normal human thing to do if continued for longer period. I don't usually think that deep when I'm talking with my friends, however speaking or acting in public is a completely different thing. How long can one act as if millions of people are watching him? How long can one prevent himself from saying/doing normal human things? The elimination of private life results into creation of mainly two types of extreme personalities in politics. One: Mainly in free world we see more and more people becoming like Donald Trump. The people with the ability to act 24/7. There is no concept of personal life in politicians with Donald Trump personality. They will say dumb things even if millions of people are watching. Second type of personality will be in the likes of Putin, mainly in states where totalitarian tendencies can be seen. Where politicians with personality like Putin is involved no one is allowed to record him in private life. And the only limited public appearances which exist are scripted and well acted performance. Now looking back to Finnish Prime Minister Sanna Marin we can see that how important it is for Finnish people to not to be rude with her. Good thing is that there are many women who are sharing their own dancing videos in her support to show that dancing doesn't make a woman witch. Like there is no need to criticize a politician for his personal life, there is no need to support him either. That what a politician do in his private life shall not be of anyone's business unless its a criminal act or something which manifest itself as formation of government policy. Otherwise only extreme personalities will participate in politics. 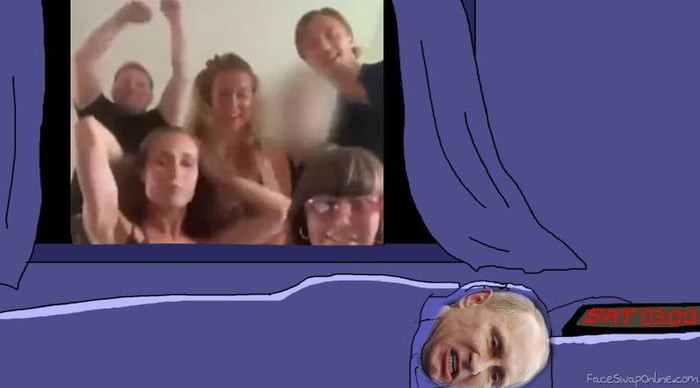