Lately I've been getting lot of calls from my bank telling me to get a free credit card. Not only my bank but also the banks in which i don't even have account are also offering me free credit card. And not only banks but also some new fancy companies have approached me for interest free virtual credit card. For a moment i thought my country is turning into some welfare state where they are lending money to poor people for free. It happens often times in free market economy that the marketing department pitch the deal in such a way that it sounds like the company is literally giving stuff for free. They make it sound like the company doesn't exist for profit motive but solely for social welfare.

Initially i didn't thought much about it, but few days ago, i watched a BBC documentary on free credit providers. It turns out that the reason these companies don't charge interest from the consumers is that the people who buy goods on credit are not the costumers of these credit companies but they are the product. The real costumers are the sellers. (Amazon etc.) So basically what these credit companies do is that they go to sellers (Amazon etc.) and pitch them something like this : "Hey ecommerce website, see this x research which is conducted by y university, it shows that when sellers provide interest free credit to their costumers, it increases their sales by 20%. We can help you in increasing your sales. we will provide interest free credit to your costumers and for that you only have to pay us 5% on every sale made through our credit service."

1) Who is going to pay for increased cost?

Yes free credit service increases the sales numbers. But what's the point of higher sales when new cost are also increased? In this case, To increase their sales the retailers (or ecommerce platforms) have to pay certain percentage of price to the credit companies. Technically, in this case these ecommerce platforms are paying the interest charges to credit companies on the behalf of its costumers. Now here you don't have to be a professional economist to see that in long run, due to heavy competition profit margin will be reduced to the minimum (average profit) and if ecommerce platforms continue to bear interest charges on the behalf of its consumers they will go out of business. So eventually, to protect themselves from losses the ecommerce platforms will increase the price of their products.

A time will come when the cost of interest (or the commission which retailers have to pay to credit companies) will be seen as a natural cost of producing the product and will be added to the price of every product. People will think that they are getting free credit but little would they know that the interest charges are already added to the price of product.

2) Who would suffer the most?

Lets imagine if there are 100 consumers in future, 60 of them buy goods on interest free credit, 40 (boomers) buy with cash. And the ecommerce platform is paying $1000 as commission to interest free credit providers > ecommerce platform adds this cost in the price of product > the new cost is distributed equally to each consumer > people who buy things on cash will also be paying for interest cost > as a result people who buy things on credit will be paying less than the actual interest charges they would have been paying otherwise. 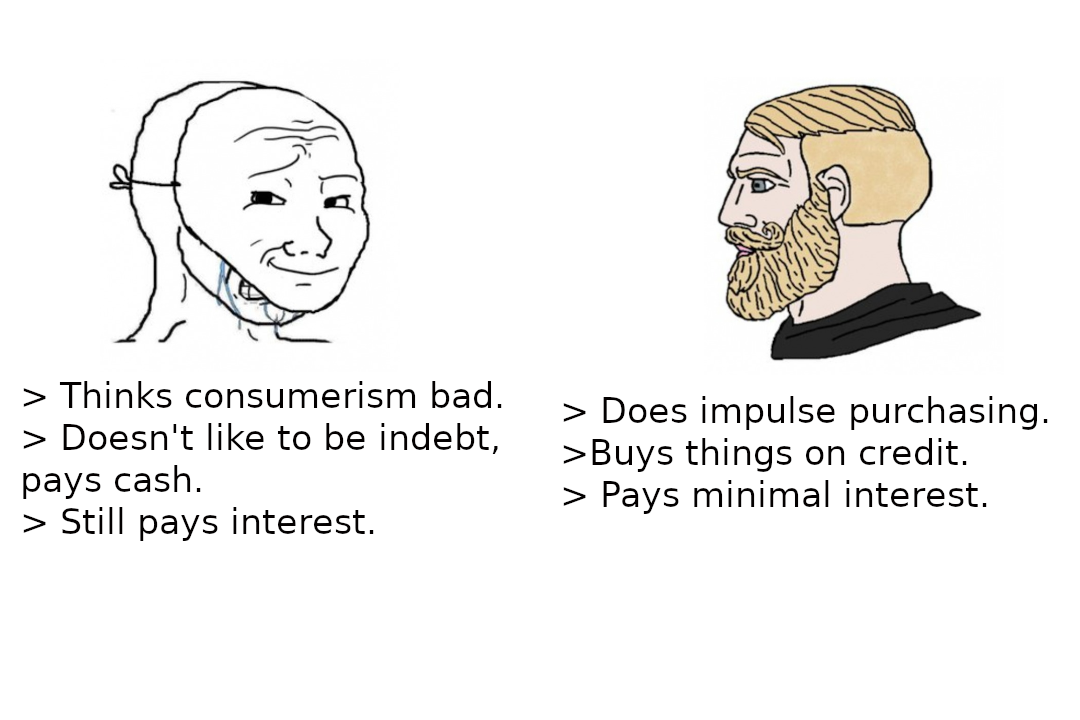