it's been almost a year since Indian government banned TikTok. what is interesting here is that tiktok was banned not only because of political reasons but also because of social reasons. people, especially the ones with power thought that tiktok is degenerating their youth. but these boomers forgot that it was the 'social' who was responsible for the tiktok i.e it was the market which had a need for an app like tiktok. market needed an app which can provide easy to consume 15 seconds long videos which are full of stimulus and most importantly super easy to edit. tiktok fulfilled this need.

what has been the consequence of their decision? one year ago they banned one tiktok now there are over a dozen of tiktoks in the market. previously there was almost a monopoly of tiktok in this market. now different apps like moj, josh, mxtakatak etc.[1] are jumping like monkeys to get a bigger share of this newly vacated market. just look at the top charts of play store or app store, you can find plenty of these apps jumping there. before tiktok ban these apps didn't even existed, or the ones which existed knew that they have lost this battle against tiktok. these apps, however with different names, are all the same. they are trying to satisfy the same want, the 'tiktok want': easy to consume 15 second long videos which are full of stimulus and most importantly super easy to edit.

bigger players like youtube and facebook also know the significance of this newly generated 'tiktok want'. so they created their own tiktoks- what do you think youtube shorts are? and what are facebook stories? or insagram stories? or maybe whatsapp status? and damn now even twitter has its stories! different name has been given to this evil need but goal is same i.e to satisfy the 'tiktok want': easy to consume 15 second long videos which are full of stimulus and most importantly super easy to edit.

these new tiktok apps are laughing on the face of those old people who thought that banning tiktok would be the solution of those poor circumstances. little did our boomers knew that this 'tiktok want' virus is soon going to take over their daily apps. now the boomers themselves are updating their whatsapp status which is edited by one of these tiktok apps. it turns out that tiktok is not just an app, it is a need (or a crude want) which is demanded by the market. tiktok can be banned from the market but the 'tiktok want' can not be banned from the hearts of the people. 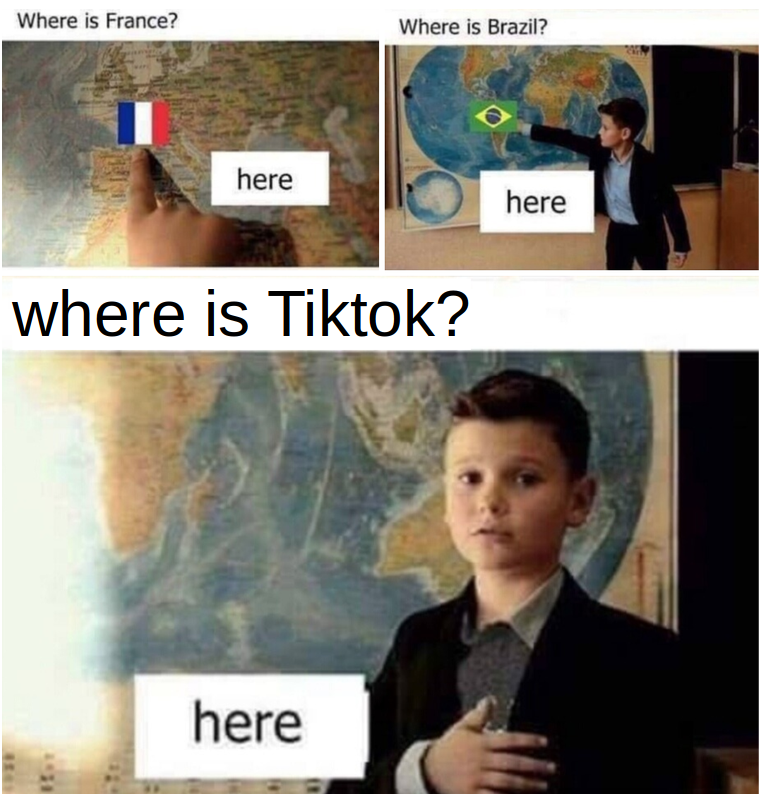 notes: [1] these apps have funny names but the times are depressing.